An assistantship giving ceremony from the People's Liberation Army Rocket Force was held at the Chenggong campus at Yunnan University on Jan 8, according to YNU officials.

Before the ceremony, YNU officials held a meeting with army officers, expressing the university's gratitude for the army.

An army officer told the meeting that officials and soldiers were very concerned about students of ethnic minorities at YNU. He hoped YNU would make greater achievements in professional training and deepen communications with the army.

Since establishment of the assistantship in 2003, it has helped around 700 students from ethnic minorities in need at YNU. This year, 60 students received assistance. 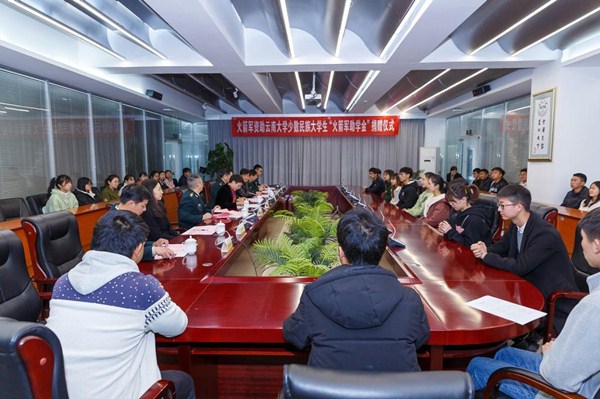 Representatives from the PLA Rocket Force and Yunnan University attend a meeting on Jan 8. [Photo/ynu.edu.cn] 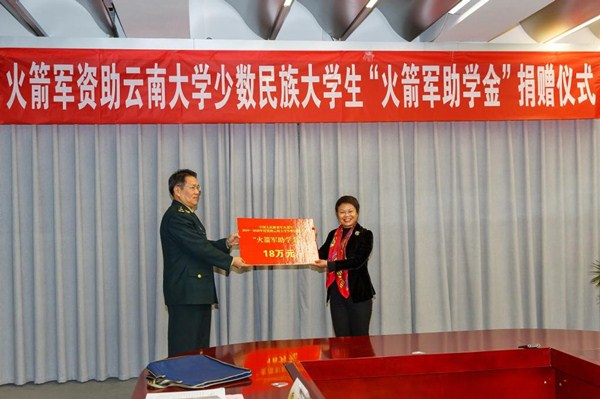 An assistantship giving ceremony is held at YUN's Chenggong campus on Jan 8. [Photo/ynu.edu.cn]